In June of 2001, a group of six students and three sponsors went to India to serve Christ through the people of Meghalaya. Preparation for this trip began over a year before the departure and during that time, God opened doors and provided the team with the needed support. While in India, the group led church services by giving testimonies, singing, and preaching, led a youth day camp, and the ladies on the trip led a women's day camp while the guys helped to build a church.

Our mission trip to India in June 2001 was a revelation in my life. I had never been on a mission trip anywhere, in fact I was not involved with the youth group at the church I attend. The first day that I met Bob (minister of University of Florida Christian Campus House), he told me that there was one spot left on the mission trip to India in the following summer. So I told him on that same day that I would be interested in going, not really thinking of following a calling of God to evangelize. I merely thought that since we would be going to the wettest part of the word, that it would be a great chance to see things that I had never seen before and perhaps would never see again.

As the time to leave for India closed in, the mission group was required to pray together and to read The Shadow of the Almighty. Praying about fears and our hope to have an impact on the people of India brought the group closer together. The reading of The Shadow of the Almighty was awesome, giving me insight into having a close relationship with God and surrendering our life to him. This book compelled me to become a better Christian and to follow God's will for me. I prayed while in the last semester of school that he would show me what he would have me to do with my life. I never knew how he would answer my prayer, but by him opening up doors for me to go on this mission trip, he would reveal my calling.

So I went from someone that wanted to go to another country, because of worldly reasons, to someone who wanted to accomplish God's will. I made it a personal goal to read the entire Bible before I would be in India, as I had never read much of it before.

Getting off the plane in India I had no idea what to expect. Simply getting through customs was not easy, it seemed that because we were white that we were more thoroughly check, which made me a little uneasy. I was expecting more of the same treatment as we were taken to where we would be working. This uncertainty forced me to trust more in God to take care of the uncertainty than relying on myself.

For me, the time that we spent with the people of the villages, was an encouragement. The villages were extremely hospitable, there was nothing that was spared for us. We were seated and fed before anyone else in the village, which made me realize of the sacrifice a poorer country was willing to make and I realized that in the U.S. we would make sure we had enough before giving to others. The faith of the people of the villages was the greatest encouragement to me of the whole trip, the people would pack into a small shed until full, then the people outside began to tear off the tin sides so that they might hear the word of God.

I have never witnessed and overall faith as strong as these people have. At the church I attend in the U.S., we are lucky to have 250 people in a brand-new church building with climate control and still we enough left over seats for four times as many people.

It was because of all that God had shown me that I felt him calling me to a life of serving others in other countries, to tell people of different religions that there is one living God that can give eternal life. This trip is where I put away what I wanted to do with my life and listened to the voice of God speak to me. 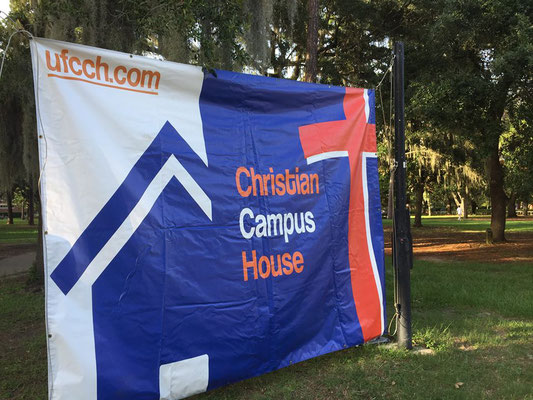